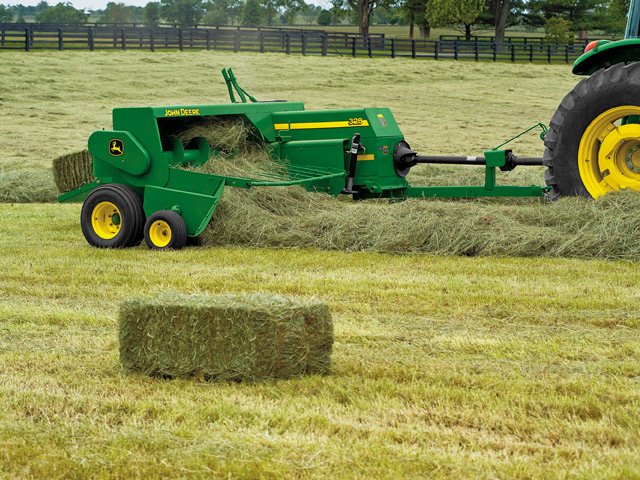 Alfalfa Hay is a forage that is mainly used for livestock feed. It is very high in protein and fiber.

Alfalfa (a legume) is usually grown in combination with one or more grass species such as timothy or clover.  It is a perennial species, meaning it can re-grow in the same field for multiple years without needing to be replanted.  Alfalfa has a deep taproot system that penetrates deep into the soil, helping to fight soil compaction.  It makes a very high quality hay or silage, and is primarily grown by dairy farmers in PEI.  Alfalfa hay is normally mowed and chopped or baled in June (1st cut), with subsequent cuttings (2nd and 3rd cuts) in July and August, depending on the amount of regrowth.  As a member of the legume family of crops, alfalfa is also capable of making their own nitrogen.  In this way, alfalfa and other legumes like clover can be used to naturally create nitrogen (nitrogen-fixing) in the soil to feed other crops the following year. Many livestock farmers on PEI grow either alfalfa, timothy, clover or hay mixes. 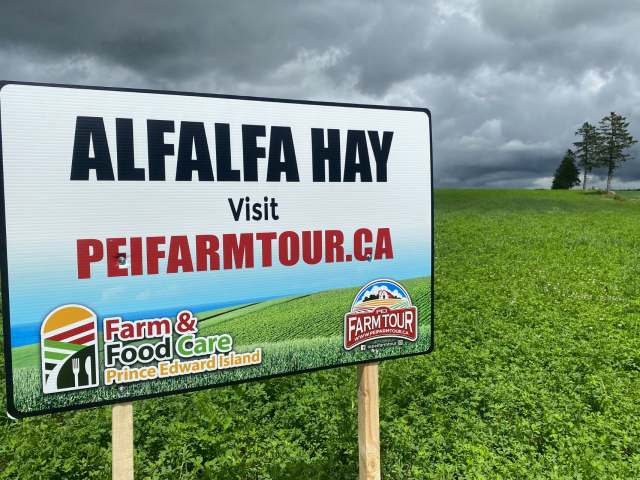 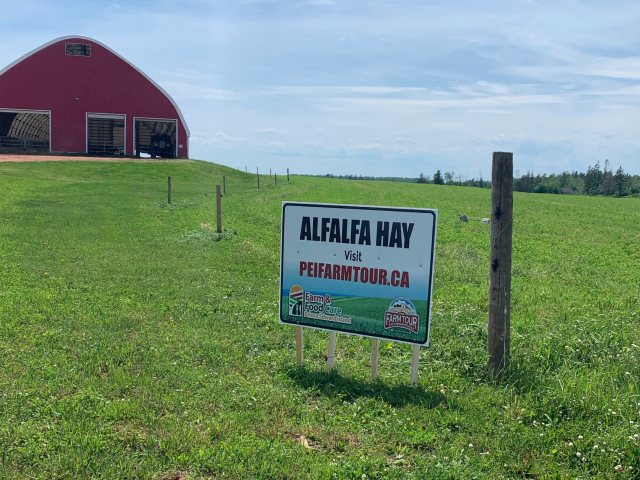 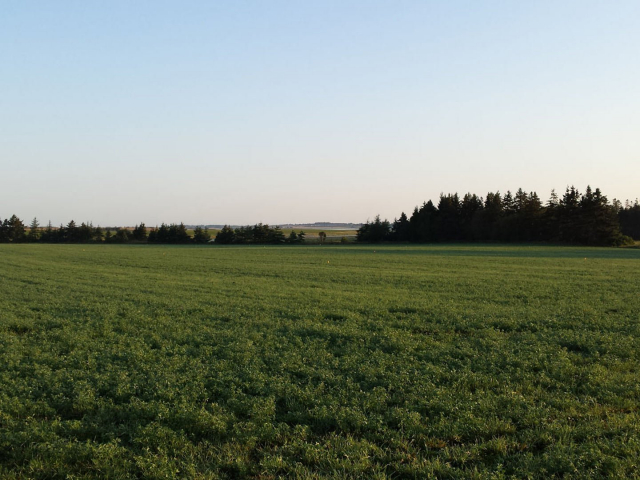 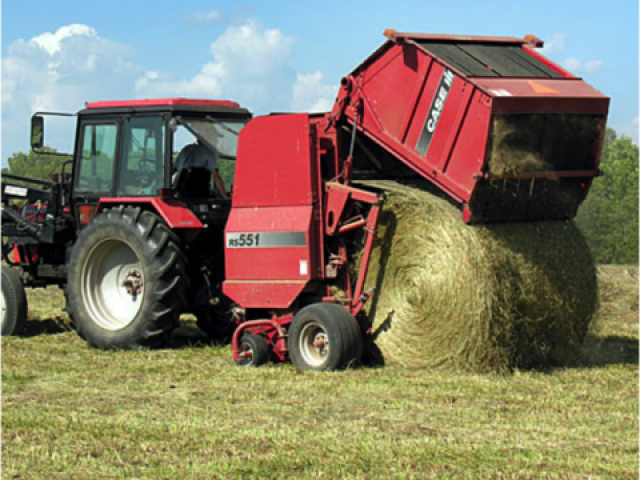 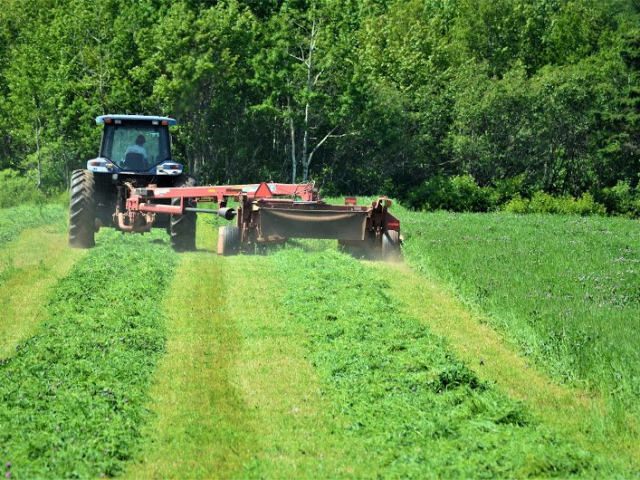 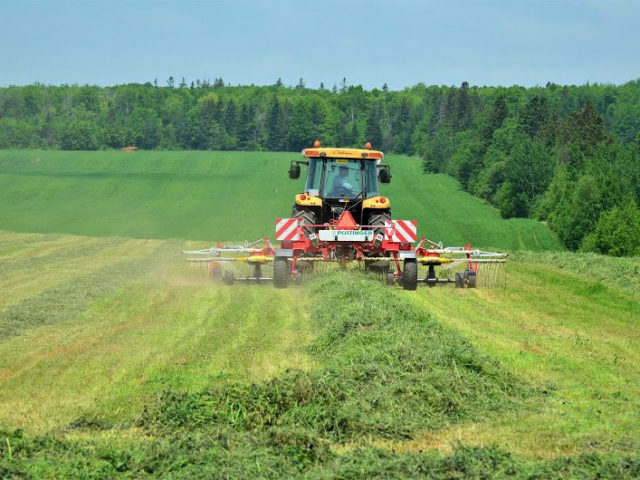 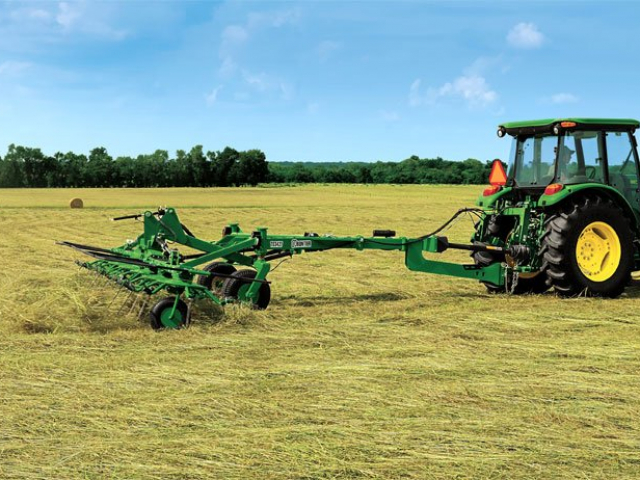