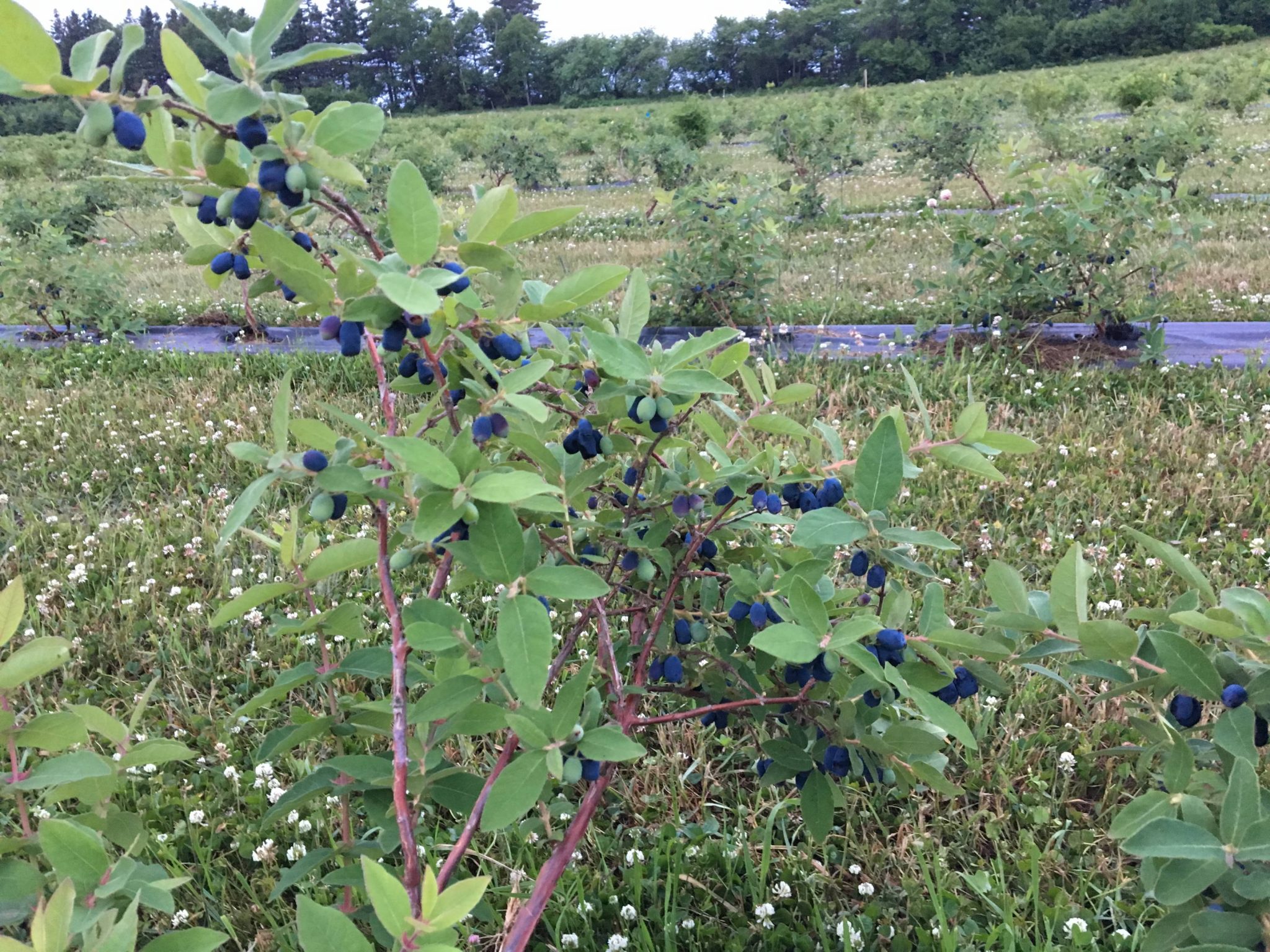 Haskap berries grow on bushes that form a globe shape and can grow 5-7 feet tall over 5-7 years.

Haskap is the Japanese name for Lonicera caerulea, also known as Edible Blue Honeysuckle, Honeyberry and . Haskap is an ancient Japanese name of the Ainu people of Northern Japan for the fruit meaning “berry of long life and good vision”. The first introduction of the cultivated plant to Canada was at Beaver Lodge, AB in the 1950s. The fruit was bitter and not palatable. It has been found in the wild in every province in Canada except for British Columbia.

The name “Haskap” was chosen as the brand name that have been applied to new varieties bred by the Fruit Program at the University of Saskatchewan, Saskatoon, Saskatchewan, Canada.

Haskap berries come from varieties common to a circumpolar species native to northern boreal forests in Asia, Europe, and North America. It is mainly found in low lying wet areas or high in mountains, in a variety of soil and growing conditions.

Most people mistaken the fruit as part of the Vaccinium Family (Blueberries and cranberries), when in fact the fruit is just as closely related to tomatoes. It comes from the Dipsacales Order and is related to the Snowberry and Elderberry.

It is one of the first fruit crops to set and ripen in the growing season (earlier than strawberries by a few weeks) and continue to produce berries into the fall. Most commercial harvesting occurs in the last weeks of June and into late July, depending on the geographical region.

Bushes are well behaved. They don’t sucker; have no thorns; need little pruning in early years; tend to fruit when very young; drought and cold climate friendly; although low to the ground when young, the berries are easy to pick; and the bushes are a globe shape that are great in landscaping.

Haskaps contain 3x the antioxidants of blueberries! Antioxidants fight bad cells in the body to create an alkaline environment which chronic diseases cannot thrive in. Immune health and good bacteria are also known to benefit from the presence of antioxidants. Not only do they give fruits and vegetables a rich blue, purple, or red colour, they are also anti-inflammatory, neuro-protective, and cardio-protective. Haskap berries are also high in Vitamin C, Vitamin A, Fiber and Potassium!

How are Haskap Berries Harvested?

Over the Row Harvester