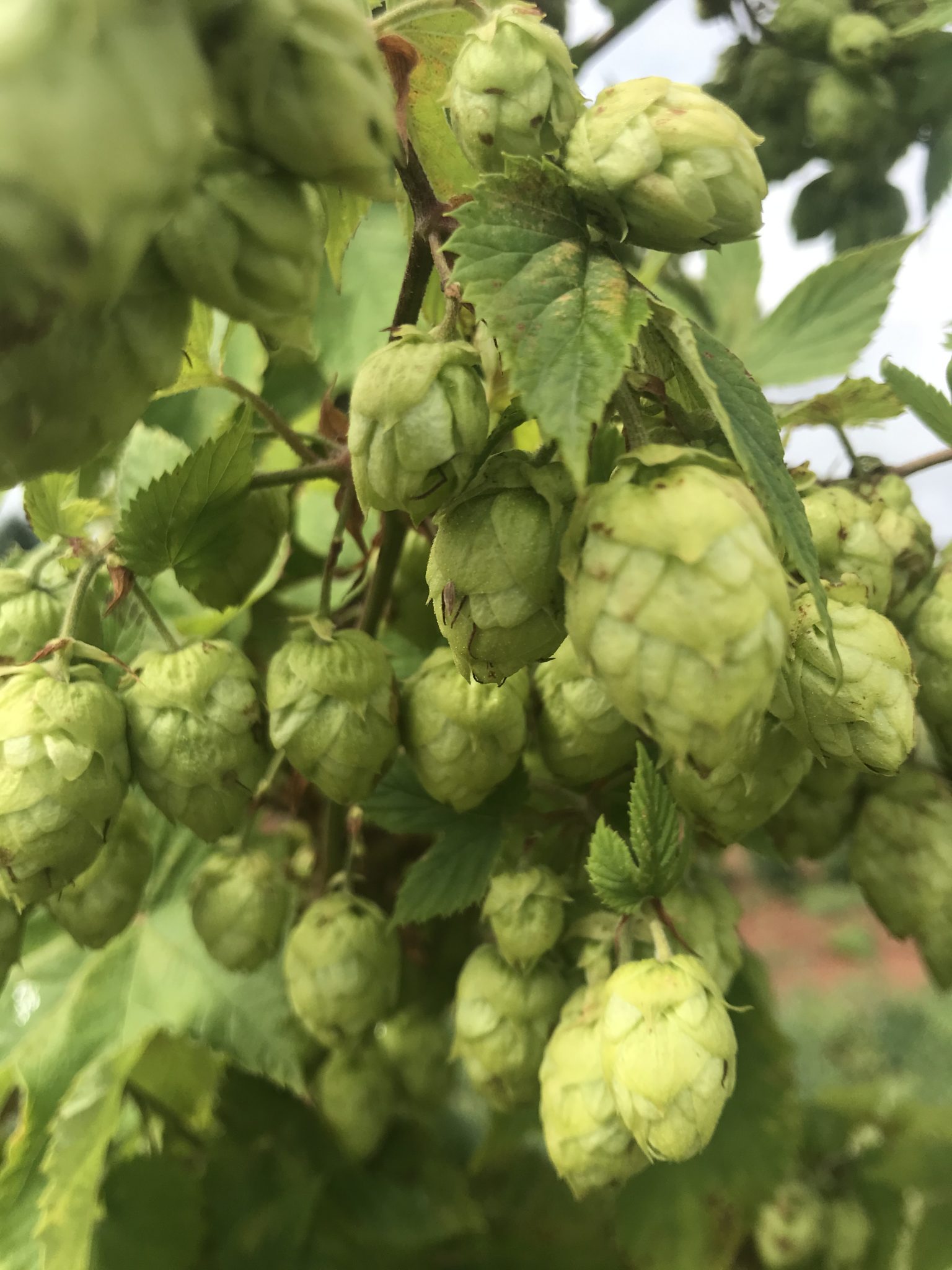 Hops are the green cone-shaped flowers, or “inflorescence,” of the Humulus lupulus plant. They’re a climbing perennial with a distinct jackpot for craft brewers. Hidden inside each cone are tiny yellow pods or glands called lupulin—the source of bitterness, aroma, and flavor in beer.

Craft brewers are after the lupulin inside hop cones. Those sticky yellow glands contain resin that contributes bitterness to beer, which helps balance the sweetness of malt, and essential oils responsible for aroma and flavor.

Within the resin are acids that aren’t very soluble in water, so when brewers need to extract bitterness, they add hops during the kettle boil (the “hot side” of brewing) to release their bittering qualities. The essentials oils, however, are far more volatile and can boil away quickly. So when specific aromas and flavors are the goal, brewers often add hops toward the very end of the hot side, and into the “cold side” of the process (i.e., during or after fermentation). There are many varieties of hops, much like wine grapes, and each has unique uses in brewing. Some hops are excellent for bittering. Others have signature aromas and flavors that brewers mix and match like spices in the kitchen.

As hops are a climbing plant, they are trained to grow up trellis systems made from strings or wires that support the plants and allow them significantly greater growth with the same sunlight profile. In this way, energy that would have been required to build structural cells is also freed for crop growth. Hops can grow up to 20 feet long along a trellis.

Hop plants are planted in rows about 2 to 2.5 metres (7 to 8 ft) apart. Each spring, the roots send forth new bines that are started up strings from the ground to an overhead trellis. The cones grow high on the bine, and in the past, these cones were picked by hand. Harvesting of hops became much more efficient with the invention of the mechanical hops separator. Harvesting hops is done by chopping the entire bine down in the field, collecting them, and running them through a picker that has finger-like attachments to pick the cones off. Hops are then dried down to a desired moisture, and then bailed. Usually to be pelletized at a later date. Each hop variety ripens at different times (End of August to Early October depending on climate) and usually has about a 7-10 day window where they need to be harvested for optimal aroma and flavour. Otherwise, they over ripen and can cause poor quality.

Thank you to Lone Oak Brewing Co. for helping collect information on hops!