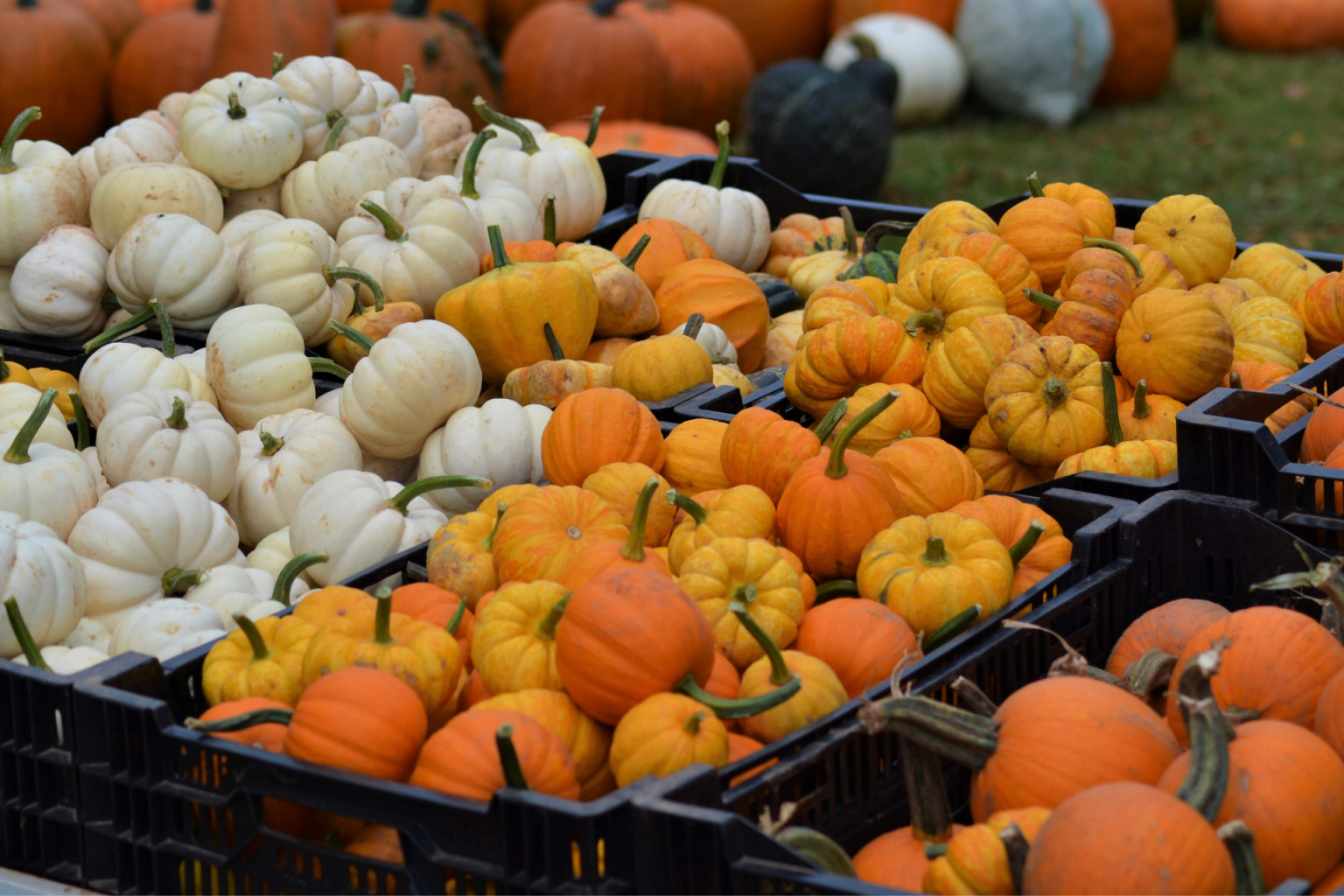 Pumpkin is an iconic plant in North American gardens, a form of squash that symbolizes autumn through its use in creative Halloween jack-o-lantern carvings or as a filling for delicious Thanksgiving pies. While most people think of a pumpkin as a large, spherical orange fruit with a ribbed rind, pumpkins also come in colors including white, red, pink, and blue, and with rinds that can be smooth, bumpy, oval, flattened, or round. All pumpkins are a type of winter squash, but some are simply grown as decoration.

Like most squash, pumpkin is a low-growing vining annual with large, coarse leaves. The plants flower with yellow blooms in July and August, producing rapidly growing fruits that are left to ripen on the vine for harvest in fall.

Pumpkins require quite a long period of frost-free weather (75 to 120 days) to mature, and they also require warm soil temperatures for the seeds to germinate. For this reason, they are typically planted just as soon as the soil is sufficiently warm in the spring. In regions without the necessary long growing season like PEI, pumpkins are sometimes started from seeds in greenhouses, two to four weeks before the last spring frost.

Pumpkins are typically planted in raised rows or in hills that allow the sun to warm the soil early in the spring. Growing pumpkins is mostly about giving them plenty of food and water, as both are essential for growing large fruit. Pumpkins (and all squash) need full sun to produce and mature their fruits. (reference: thespruce.com) 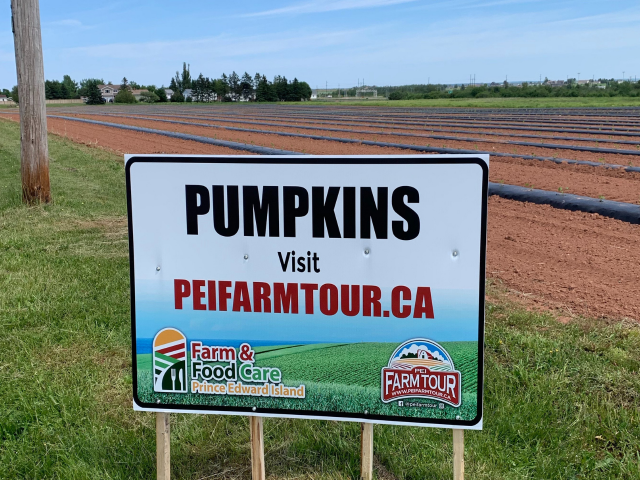 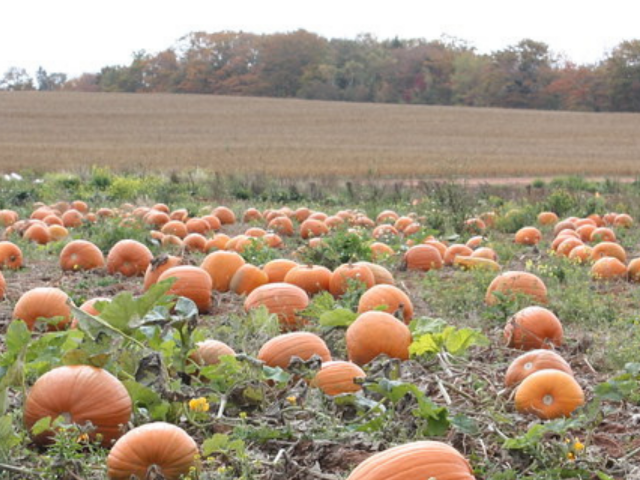 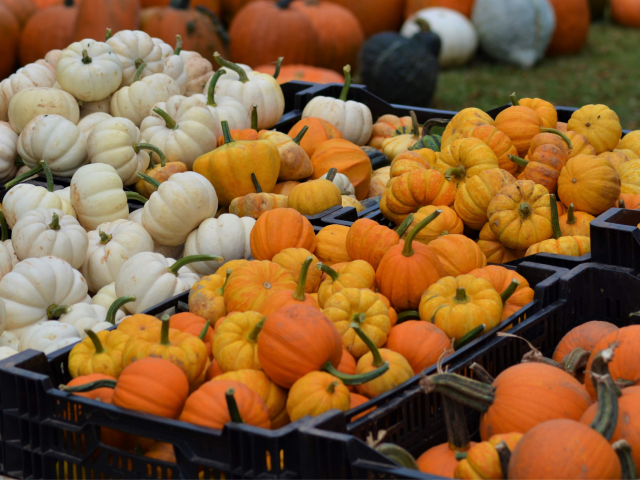